The Love of God

Being Judged By God

“Almighty God, I wash my hands of this heretic! I ask you to judge him through you Son, Jesus Christ!” 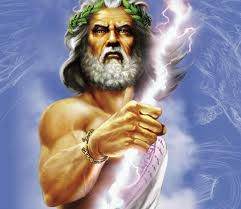 These were the words the 35ish year old man screamed as he sat three feet across from me in the pastor’s office after I had spoken. He had asked to see me in private after the meeting so I met him. After trying repeatedly to help him understand and embrace the truth of what I had taught, only to be interrupted by his very loud pronouncements against me, it became apparent that he just wasn’t open to what I had to say and he intended to set me straight, whatever it took.

He continued to yell and insult me until finally I calmly said to him, “Let me explain to you two ways this can go. I’m willing to sit here as long as you’d like if you have questions you want me to answer or subjects you’d like to respectfully discuss together. What is not going to happen here today is that I’ll sit here and let you scream in my face and talk to me like I’m an abused child. I’m a 60 year old man and I can tell you for sure – that ain’t gonna happen.”

That’s when he did it: He bolted straight up from the seat across the desk from me, lifted both arms heavenward as if he were about to perform a sacred ritual and yelled loudly: “Almighty God, I wash my hands of this heretic! I ask you to judge him through your Son, Jesus Christ!”

When he said those words, I jumped up from my seat, raised my own arms into the air and shouted, “Yes, Almighty God! I agree with this man’s prayer. Please do judge me through your Son, Jesus Christ, because I know how He feels about me!” Upon that, he stormed out of the room.

“Judge him through your Son, Jesus Christ.” That’s what he wanted. What he didn’t know until I made it clear is that’s what I want too. In Acts 17:31, Paul told the Athenian pagans on Mars Hill that God “has fixed a day in which He will judge the world in righteousness through a Man whom He has appointed.” Sadly, more than one person has used that verse to threaten others. Preachers have used it against their congregations. Parents have used it as a threat against rebellious children. In at least one case I know of, hysterical legalists have used it against a perceived heretic.

That promise of Scripture ought not to intimidate or scare you. To the contrary, it should cause our hearts to cry out, “Bring it on! Father, judge me through your Son, Jesus Christ!” I am so glad that our Father relates to us on the basis of the union we have with Him through His Son. Here’s the good thing: Because of our adoption in Him, we are loved by the Father as much as He loves the Son Himself!

“Judge him through your Son, Jesus Christ?” Oh, yes! Let it be so! Thank God, it is so! We are in union with the One who has been appointed as the basis of judgment and what the Father feels toward His Son is not an issue about which the verdict is still out. He loves the Son. In fact, He adores His Son and you are inseparably, irrevocably living in the Son. So, when it comes to the matter of judgment, relax. Or better yet, get excited because to be judged by Him is an exciting, wonderful and happy day.